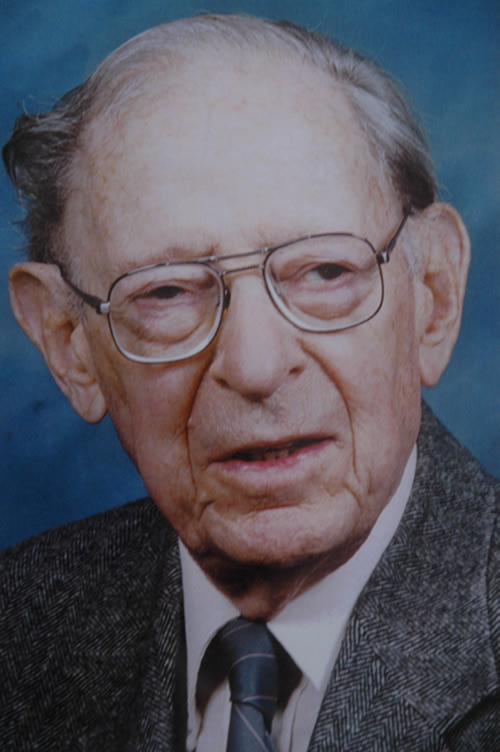 James L. Mead grew up in Harrison, Michigan. He was valedictorian at his high school in 1933 and went on to Wayne State University in Detroit, Michigan to earn a bachelor's degree. He later received a doctorate in education from Wayne State.

While teaching English and speech at Royal Oak/Dondero High School he directed dramatics, debate and forensics. In 1958, James Mead became the Director of Radio Broadcasting for the Royal Oak Schools. He was a pioneer in the development of low-power radio broadcasting. The concept had been developed in the late 1940's, but most stations were located primarily on a college campus. Some believe that WOAK in Royal Oak may have been the very first 10 watt FM station in the country to broadcast from a high school. The entirely student-run station provided unique learning experiences for Dondero and Kimball students.

Dr. Mead published his doctoral thesis on low-power radio, and it led to the publication of his book, Guide to School Radio which served as a handbook for many stations to follow. He also served many organizations as their parliamentarian at formal meetings and conventions.

Dr. James L. Mead left Dondero to assume a position on the faculty at Central Michigan University. He was inducted into the Royal Oak High School Hall of Fame in 2006.