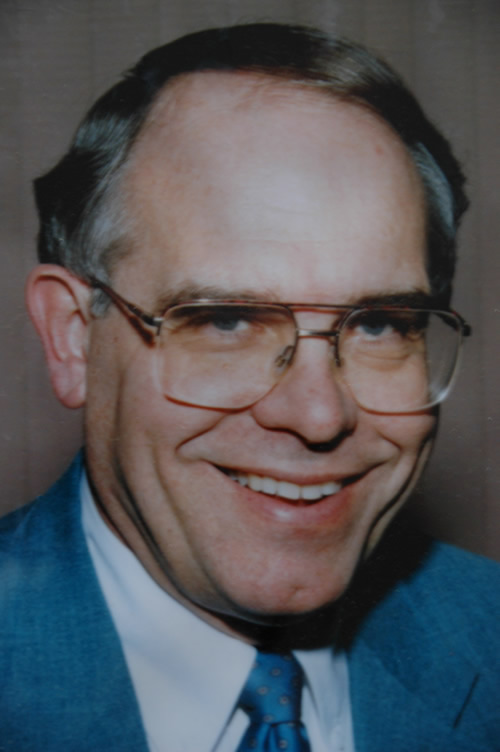 Officer and Negotiator for ROEA

Michigan Economic Educator of the Year, 2003

Kenneth Noble holds degrees from Western Michigan University, The University of Michigan, Michigan State University and Walsh College. He personified the idea of a lifetime learner.

Dr. Noble was a valued member of the Dondero faculty from 1961 through 1996.  He was a social studies teacher and served as chairmen of his department as well as coaching girl's basketball. He served as assistant to the athletic director, and for 25 years he was known as the "Voice of the Dondero Marrrrrrrr-ching Band." Ken, and his wife Linda, were strong, visible supporters of Dondero clubs, athletics, music and drama.

Ken Noble was a leader of the Royal Oak Education Association and was one of the pioneer negotiators for the Association when collective bargaining was legalized for teachers in the mid 1960's. He also served for over 35 years as a volunteer with the Royal Oak Schools Credit Union. He was chairman of their board of directors for over 30 years.

Ken was also a leader in economic education. After his retirement from Dondero, he provided ideas and materials on teaching economics to teachers in 35 local districts and 18 intermediate school districts in Michigan. He was the major contributing writer for a fourth grade economics workbook published by McGraw-Hill. He spent a dozen years as an adjunct instructor of economics at Oakland Community College. In 2003, the Michigan Council on Economic Education chose him as their Economic Educator of the Year.

In 2006 Kenneth Noble was inducted into the Royal Oak High School Hall of Fame.